How can you accurately test a space antenna down here on Earth when it has been scaled up to penetrate the subterranean depths of another planet? 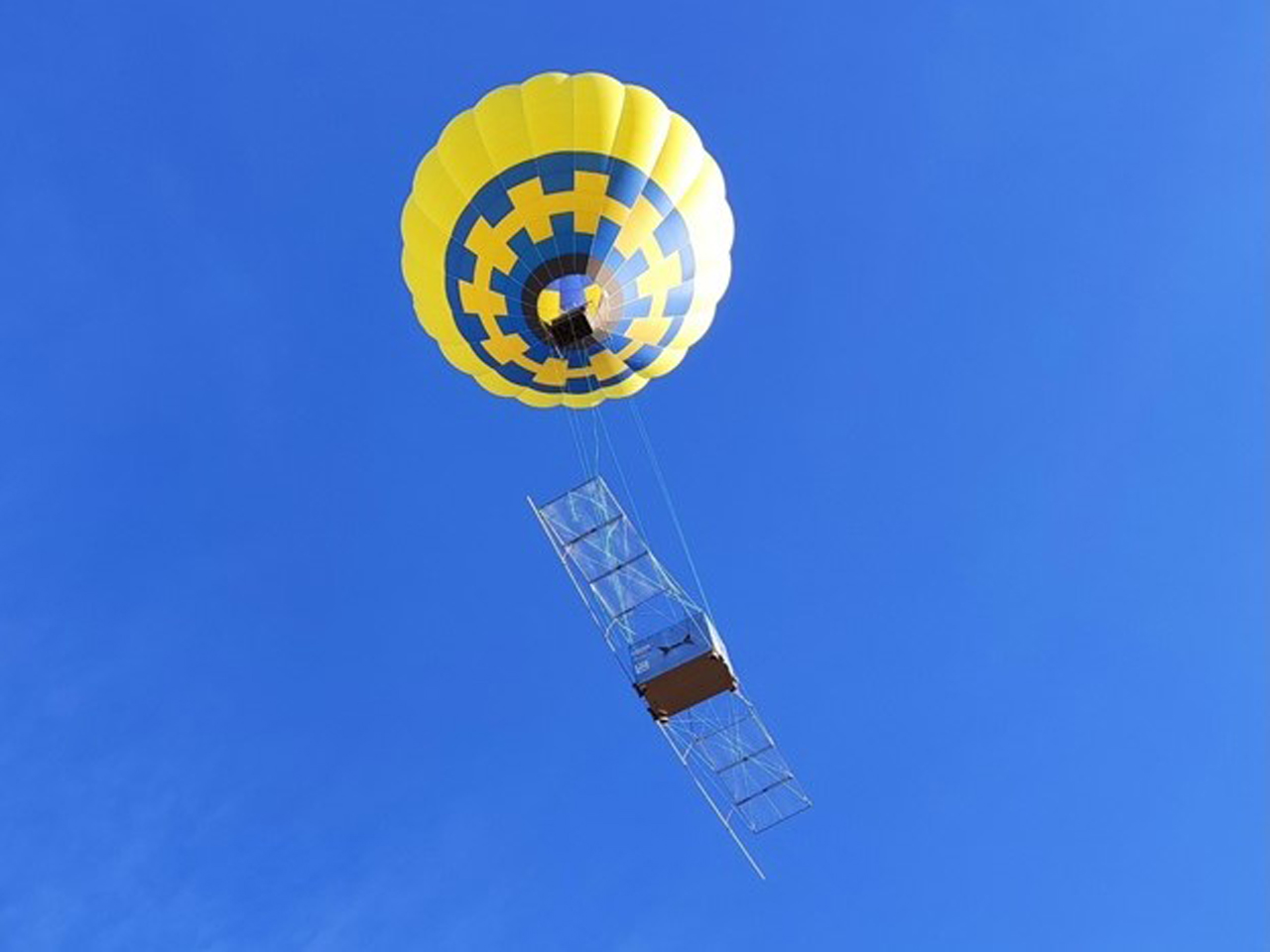 This was the question faced by SENER in Spain, currently designing a candidate antenna for ESA’s EnVision mission , which will explore Venus from its inner core to outermost cloud layers. To solve it they lifted their prototype skyward with a balloon.

"To develop key technologies for future missions, ESA’s Directorate of Technology, Engineering and Quality often explores multiple approaches,” explains ESA antenna engineer Paul Moseley. “This includes parallel prototypes for EnVision’s Subsurface Radar Sounder (SRS), which will transmit and receive radio signals to chart the Venusian subsurface. It will achieve this using very low frequencies – 9 Mhz – which in turn means its antenna has to be very large, 16 m across.

“To accurately characterise the performance of SENER’s current prototype it needs to be tested free of any interaction with its environment, but it is simply too big to fit dedicated test facilities such as ESA’s Hertz chamber – which in any case is not equipped to work with such low frequencies.” The only option left was going outdoors, but the ground would still have interfered with the antenna, distorting the results. So the antenna team decided to suspend the SRS antenna and a full-sized mockup of the EnVision spacecraft from a balloon, lifting it more than 200 m above the ground.

“To further reduce interference from the ground, it was angled to point to the horizon,” adds Paul. “Results from the test campaign show the antenna design is working as expected.” This testing will help guide the final selection of a source for EnVision’s sounder instrument. The mission, targeting launch in the early 2030s, will also carry spectrometers for atmospheric and surface sounding, a radio science experiment to chart the Venusian gravity field and a NASA-sourced imaging radar.