ESA’s biggest and most complex Earth Explorer mission yet is currently being tested for space at ESA’s ESTEC Test Centre, the largest satellite test facility in Europe.

The Earth Cloud Aerosol and Radiation Explorer, EarthCARE, is equipped with two main instruments, a lidar plus radar – along with a smaller radiometer and cloud imager – which are powered in turn by this mammoth 11-m-long solar wing.

EarthCARE will fill a missing dimension in current climate change modelling: the role of clouds and aerosols in reflecting incoming solar radiation back out to space and trapping infrared radiation as it is emitted from Earth’s surface. Is the net effect a heating or cooling of Earth’s atmosphere?

Developed as a joint venture between ESA and the Japan Aerospace Exploration Agency, JAXA, the front of the van-sized EarthCARE satellite hosts its quartet of instruments with its solar wing deployed from its rear.

The satellite is set to undergo seven months of testing at the 3000 sq. m ESTEC Test Centre to check every aspect of its readiness for space, starting with a recent deployment test of its solar wing from stowed configuration. 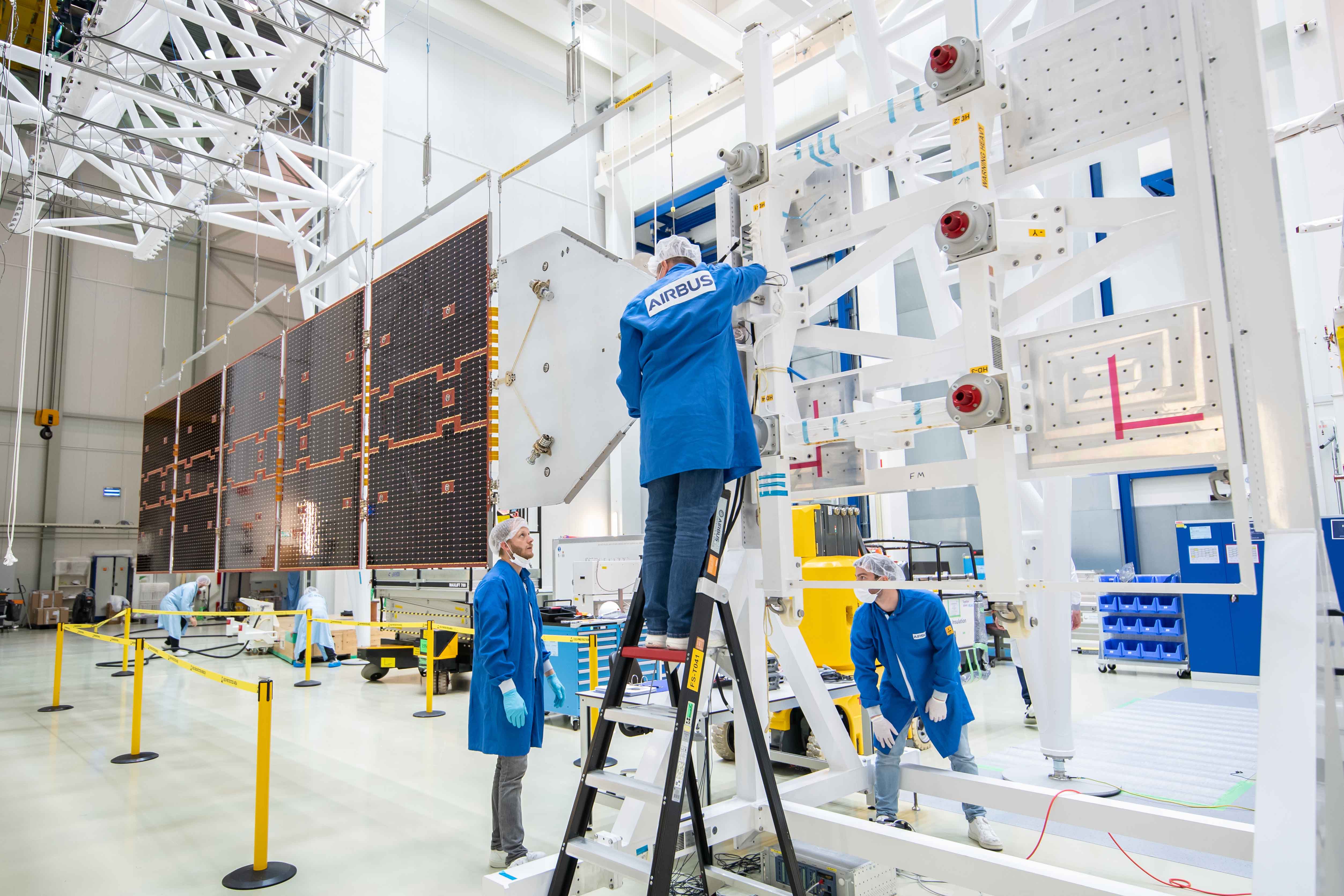