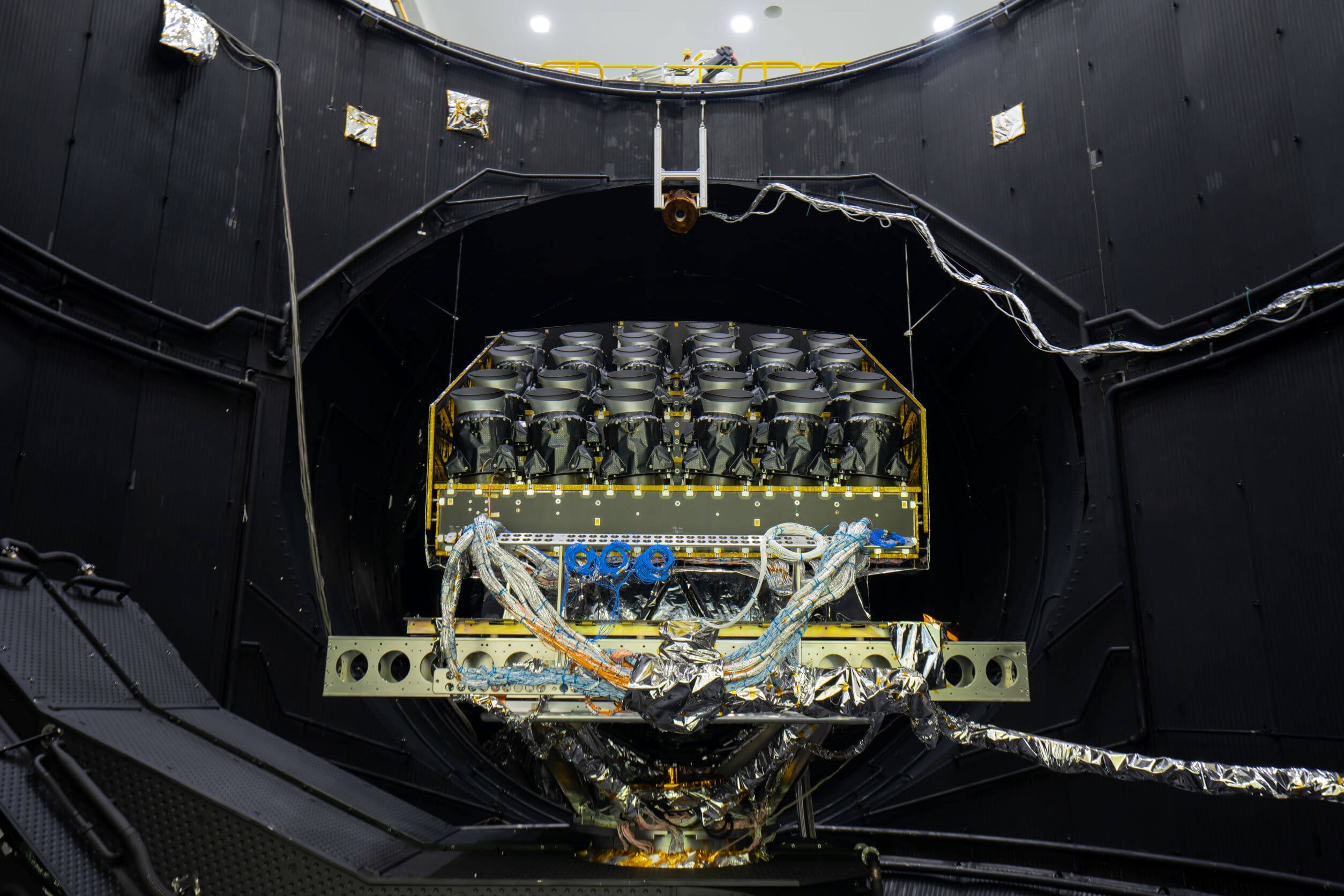 There are tasks in space where multiple smaller imagers are better than one big equivalent. ESA PLAnetary Transits and Oscillations of stars mission, Plato, is to detect Earth-scale exoplanets using an array of 26 cameras to perform prolonged observations of target stars. This combination of cameras will pick up tiny variations in their light output due to the transit of exoplanets across them.

But in order for the mission to perform as planned, the optical bench securing these cameras in place must maintain a fixed optical-quality rigidity, despite the extreme conditions of deep space, as Plato operates from out at the second Sun-Earth Lagrange point, 1.5 million km from Earth.

So this initial ‘structural and thermal model’ of Plato’s optical bench has been built specifically for testing in space-like conditions. Testing includes ‘thermal cycling’ to assess how the optical bench responds to the in orbit temperature variations, and ‘thermal balance’ to measure the operating temperature that it maintains in these conditions.

Once the chamber’s top and side hatches are sealed, high-performance pumps create a vacuum a billion times sparser than standard sea-level atmosphere, and this can be held for weeks at a time during test runs. At the same time liquid nitrogen is pumped through the walls to recreate the cold of space in the shade.

The LSS testing began at the end of March and was successfully completed in the third week of May.

This current test campaign has been preceded by environmental testing of the Plato camera design, performed both at ESA’s ESTEC Test Centre and at SRON, the Netherlands Institute for Space Research.

For the flight version of Plato, thermal vacuum testing of the 26 cameras required will be divided between SRON in Groningen, IAS in Paris and INTA in Madrid, running this autumn into 2024, to be ready for Plato’s 2026 launch date.